There has been a foul smell in the air the last few days in the Orlando area, and throughout much of Florida as we work to clean up after Hurricane Irma, which bowled through the state early last week. As the week went on and we worked towards getting everything back to normal, it became common for people to comment on the smell that has hung around. It’s been described as a smell of sewage, or rotten eggs, or decaying and rotten vegetation. Truthfully, the smell could be originating from one of many different sources. 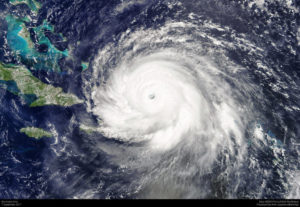 When you smell that rotten smell in the air, it could be coming from one of these: 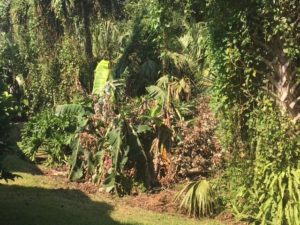 Experts in Orlando say that the most likely causes could be any of these, but the least likely is the sewage concern. Although the power did knock out power to several list stations throughout the area, this would probably only be noticeable in areas close by, as opposed to the widespread blanket coverage the smell is currently reaching. No, this is more likely a combination of other sources; fish kill, decaying vegetation, oversaturated groundwater, and stirred up muck. The large amount of debris left behind in Irma’s wake, already beginning to decompose, has not helped with this. 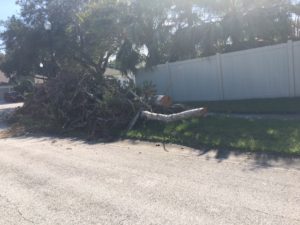 This isn’t to suggest that you shouldn’t be mindful of the possibility that there is a sewage overflow in your area. In Houston after hurricane Harvey, the heavy flooding combined with overflowing sewage cause a dramatic spike in E. Coli levels, which is a serious contaminant known to make people very sick. Be sure to report any sightings of overflowing sewage to your local utilities or public works division. The best way to do this is through a quick google search.

Please keep in mind that many municipalities are urging Florida residents to reduce their water usage to avoid a sewage issue in the near future. The City of Orlando, for example, has released a statement asking citizens to keep their water usage to a minimum to avoid any potential issues with the sewer systems. To find out more, search your town or county for any similar statements concerning water useage.

What’s the deal with Industrial Stormwater?

Construction is not the only sector where stormwater management is needed. During industrial activities, rain…

Fenced In: How to use silt fence

What is the yellow floating barrier in the water?!?!

Florida is surrounded by water with an abundance of lakes, ponds, springs, and oceans. These…