With the beginning of 2018 creeping up on us quickly, many of us take the time to reflect on the year that we just had. Businesses are no different, taking time to review both the positives and the negatives, take the information, and plan for the upcoming year with what we have learned. There were a lot of significant changes in 2017 with the change of government, specifically with environmental regulation and requirements. Several environmentally specific rules and regulations have come under question, including rollbacks, rules that find themselves in a state of limbo, and those that have been straight up overturned. Although we all have different opinions on the roll of government within the private sector, we still need to keep ourselves aware of the changes, and what they really mean.

One such change has the EPA re-evaluating the Waters of the U.S. rule, which was designed with the intention of defining which rivers, streams, lakes, marshes, wetlands, and so on that fall under Federal Jurisdiction. The rule was originally met with some backlash by some industries as being too restrictive for the industries in question, allowing the government to penalize the most trivial violations. Others believe that this type of regulation is a must in order to protect our valuable waterways from either being depleted or contaminated. 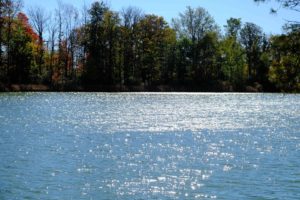 In the end, the EPA has decided to place a 2 year delay on implementing the rule while they re-evaluate the definition of “Waters of the US”. On top of this, current EPA administrator Scott Pruit has suggested that the administration is looking to repeal the rule altogether in a separate action.

Another notable change in stormwater is the new release of an updated Construction General Permit (CGP) by the EPA. Although several states, Florida included, have their own CGP that they refer to, there are states that use this version as a default, and any federal projects may use this permit as well. Some of the updates include changes to stabilization deadlines, construction and domestic waste, discharge limitations for sites discharging to sensitive areas, and a general streamlining of the language on the permit to make it easier to read and understand. For a list of these changes as well as any others, you can visit the EPA website for more information. 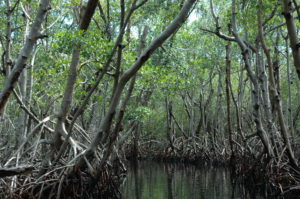 Although we are bound to see further changes as we move through the next few years, it is important to recognize that environmental regulations such as the CPG and the waters of the US rule are implemented with the intention of protecting us and our environment from harm. Whether or not we see the regulations as requirements or not, it falls on us to be sure we understand what these different rules do to protect us, and ultimately the next generation.

Hurricane season is now upon us here in the Southeast, and we look back on…

Site Stabilization: It’s Not as Difficult as You Think

TMDLs: What are they?!